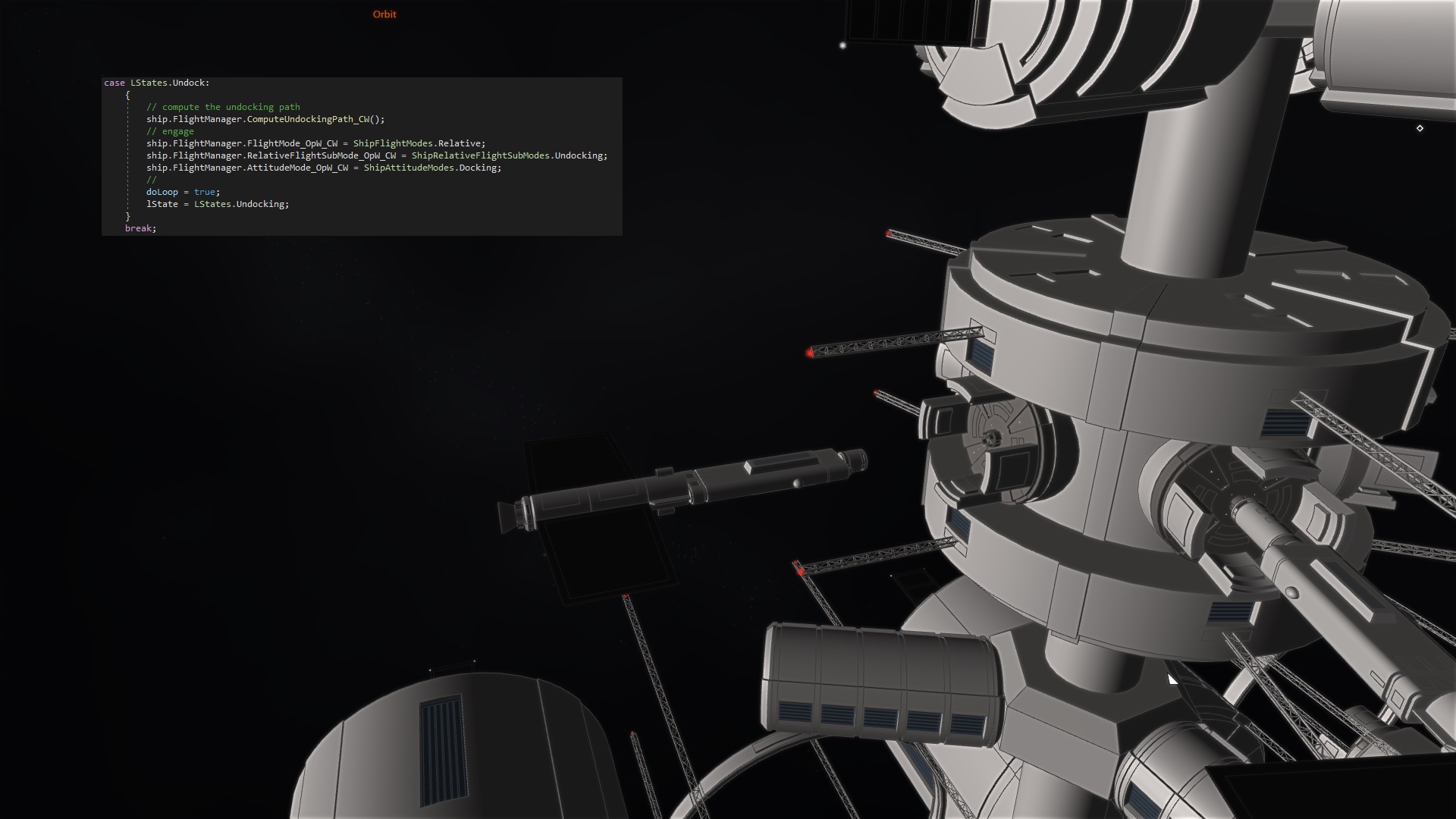 There are still a few points to be dealt with to complete this first pass on the NPC ships but they are flying at last!
Here’s the latest Dev Log video:

To sum-up the main features:

At the moment all NPC ships have been assigned a “galactic starliner” role, as if they were all carrying passengers. However the supporting infrastructure* is in place to manage new missions and more complex behaviors in future development phases.

*As mentioned above this first pass on NPCs is not fully ready yet actually! Notably the switch between the two simulation modes. However there’s already some dedicated place in the code to do that, and after a long time without news I wanted to report back while still in 2021!

Thank you for reading! 🙂

To stay tuned for the development updates: