The route planner is a long-distance tool that operates from the galactic map. Its database of possible waypoints contains all the known locations that offer refueling services.
Because of the large number of flights to analyze, fast heuristic methods are running the evaluations so as to provide results in a limited time (ETE, ΔV, jumps).  Consequently all proposed solutions should always be validated using the detailed flight planning tools.

The process attempts to split a long-distance journey into several flights between refueling stops.

NB: clicking a parameter’s name resets its value to default.

→ Stopover fraction [h/h]
Represents the additional time allocated to each flight to account for delays and refueling. Default is 10%

→ Max jumps per flight
The maximum number of jumps in a single flight.

→ Forward angle [°]
The maximum angle between a flight’s direction and the line joining its departure waypoint to the route destination.

→ Max distance per flight [light years]
The maximum distance in a flight.
NB: this parameters also sets the size of the galactic neighborhood considered for possible waypoints.

→ ETE penalty [km/s/h]
Adds a ∆V penalty to each analyzed flight and corresponding to the factor times the flights’ ETE (Estimated Time Enroute).

→ Large flight ∆V  [km/s]
Adds a non-linear penalty for flights that exhibit a ∆V that is greater than the parameter.

NB: Larger values or [Forward Angle] and [Max distance per flight] result in longer computation times as more possible paths are evaluated. However this could also lead to better solutions.

The validation process silently invokes the flight planner on all flights (this does not erase the current flight plan).

Then set the parameters and launch the analysis, the router will check all flights linking the reference body and the refueling locations in range (as set by the “Max dist per flight” parameter). 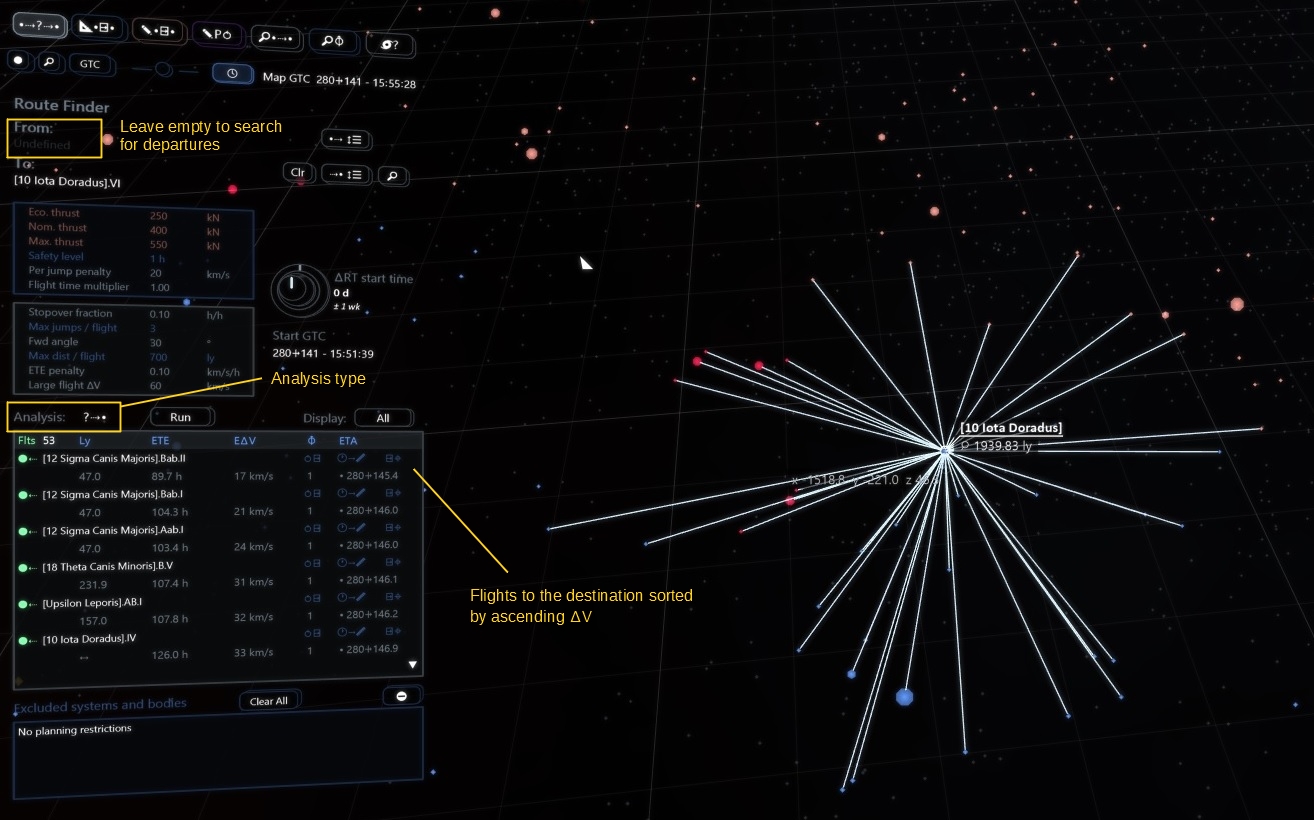 Given a departure and a destination the flight analyzer repeatedly invokes the flight analysis heuristic over a period of time. The results can be helpful to determine the most suitable “launch window” for a flight (i.e. the most favorable departure time). 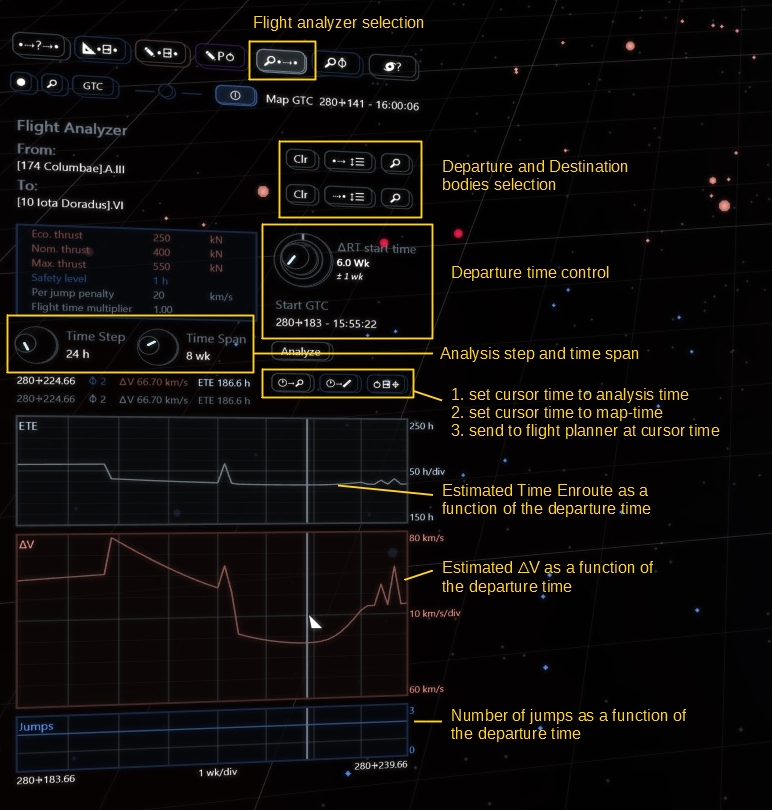 The route planning tools are demonstrated in the following video: